You are here:
Reformasi Regulasi 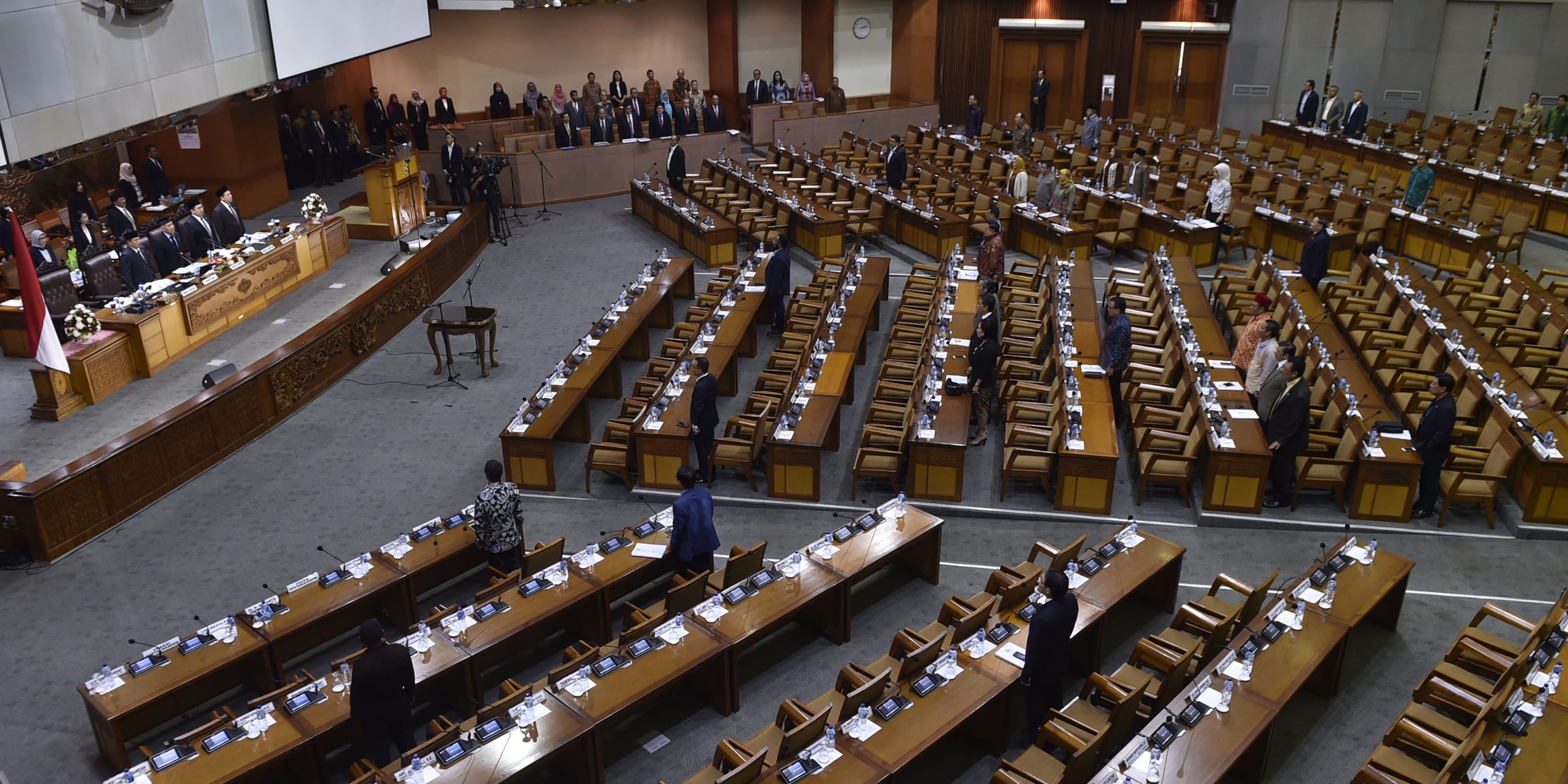 Indonesia is facing a crisis of “hyper-regulation”. Politicians seems to consider law to be a panacea(link is external) for any and all of the country’s ills, with the result being too many regulations, with too little coordination and even less scope for enforcement.

From 2014 to October 2018, as many as 8,945 new regulations were issued at the national level, according to data compiled from two websites managed by the Ministry of Law and Human Rights (peraturan.go.id and jdihn.bphn.go.id). Given that government bodies have no obligation to evaluate existing law when issuing new regulations, the likelihood of new regulations overlapping with existing regulations, or even contradicting them, is high.

The Ministry is aware of this legal chaos, but has not made regulatory reform a priority. As a result, many initiatives in the Ministry are poorly managed and even end up clashing with one another.

With results from the election indicating victory for President Joko “Jokowi” Widodo, are we likely to see a change? And are institutional issues the only causes of the mess in Indonesia’s regulatory system?

The search for a new approach

The issue of regulatory disharmony was raised in the first presidential debate in January. Moderators asked for solutions to the problem of Indonesia’s morass of conflicting and overlapping laws and regulations. Presidential challenger Prabowo Subianto mentioned the importance of involving experts to assist government units to conduct regulatory harmonisation. Meanwhile, Jokowi suggested establishing a “national legislation centre”(link is external) that would be specifically tasked with resolving regulatory issues.

Neither idea is new. Formally, the authority to plan and harmonise laws and regulations is held by two units under the Ministry of Law and Human Rights, namely the National Law Development Agency (BPHN)(link is external) and the Directorate General of Laws and Regulations (DJPP)(link is external). These units rely on experts, either from the bureaucracy or universities, who are hired as professional advisors or consultants(link is external). Unfortunately, neither of these units have explicit authority to take charge of reform.

There was another body set up in 2000, the National Law Commission (KHN), which was designed to advise the president on legal problems and develop a law reform plan, although it was not focused specifically on regulatory reform. But because its role overlapped with other institutions, it was marginalised and became largely ineffective. It was disbanded altogether in 2014.

The lack of leadership in this area may be why the OECD recommended in 2012 that Indonesia should establish a special body to conduct regulatory reform. One of the goals of this body would be to foster regulatory quality by evaluating the many existing laws and regulations.

The approach has been successful in other countries, leading to an improved investment climate and a positive impact on economic growth. South Korea, for example, established a Regulatory Reform Committee in 1998, which succeeded in revoking 5,430 regulations and revising 2,411 from a previous total of 11,125.

Now that Jokowi seems likely to secure a second term, will he follow through on his idea and heed the OECD’s advice? If he does, he should keep the following issues in mind.

The main causes of Indonesia’s disordered regulatory system can be grouped into three categories.

Besides creating cost inefficiencies, this two-track process also results in many laws being developed without consideration of development needs. For example, during Jokowi’s first term, the RPJMN proposed 84 new bills and the Prolegnas put forward 82. Of these, only 70 bills were mentioned in both documents, leaving 26 bills that appeared in only one.

Second, laws and regulations are often made at the wrong level of government. In general, the Indonesian legal hierarchy consists of:

In practice, there are many issues that should be regulated in subordinate legislation, either at the national or local level, but end up being regulated in statutes.

This is because Law No. 12 of 2011 on Lawmaking is too broad in its definition of matters that can be regulated by statute. Article 10(1)(e) of the Law states that statutes can be formulated for the fulfilment of legal needs in society. This provision has been interpreted very loosely by lawmakers to mean that all matters can be regulated by statute. As a result, Indonesia has seen an uncontrolled and seemingly unending creation of new statutes that often conflict with one another.

The missing stage here is monitoring and evaluation. In the World Bank’s Global Indicators of Regulatory Governance(link is external) from 2018, it was found that Indonesia did not have legal provisions requiring government institutions to do an “ex-post review”(link is external), or evaluation after the issuance of a regulation, or a regulatory impact assessment(link is external).

This absence of monitoring and evaluation has meant that many regulations are still valid, but never enforced. For example, Law No. 32 of 1948 on Money Circulation stipulates that any transaction above Rp 25,000(link is external) (about AU$2.50) must be made through a bank. Clearly, this provision has not been updated to keep up with the significant change in the value of the currency since 1948. However, because there is no obligation for the government to evaluate regulations, the Law technically still applies, even though in reality it is never enforced.

It is possible for the DPR to create statutes for the sole purpose of revoking existing or outdated statutes. In practice, however, statutes are usually only revoked by the issuance of a new statute to replace an old one. The only other way to revoke a statute is through review at the Constitutional Court. By implementing a monitoring and evaluation mechanism, lawmakers may be able to more quickly and easily reduce the number of outdated laws and regulations without having to go through the lengthy process of passing a new statute in the DPR or waiting for a judicial review petition to be submitted to the Constitutional Court.

This article is concerned with the problem of overlapping and contradictory regulations at the national level, but at the local level the situation is often even worse. Decentralisation has allowed local governments to issue local regulations (perda) on almost any issue they want. And after two Constitutional Court decisions handed down in 2017, the only way to revoke perda that conflict with higher-level laws, including national statutes, is to submit a judicial review petition to the Supreme Court(link is external). The problem is, this mechanism is conducted in a “closed and limited”(link is external) manner, and the Supreme Court has historically been reluctant to exercise this power in any case.

A national regulatory reform body — by whatever name it will be known — needs to be formed as a special institution that has the authority to make quick and strategic decisions on regulatory management in Indonesia.

The president-elect has the responsibility to not only form a national regulatory body, or strengthen the authority of existing institutions, but also resolve the three main problems of regulatory management mentioned above.

The president must be able to ensure: first, that the development planning process is aligned with the legislative planning process; second, that the scope of regulations mentioned in Law No. 12 of 2011 on Lawmaking is made more specific and subject to clear indicators; and third, that a monitoring and evaluation process is incorporated into Law No. 12 of 2011 on Lawmaking.

This would not solve all the problems, but it might go some way toward untangling the legal mess of the post-New Order period.