Democracy in retreat as push for fifth amendment gains momentum 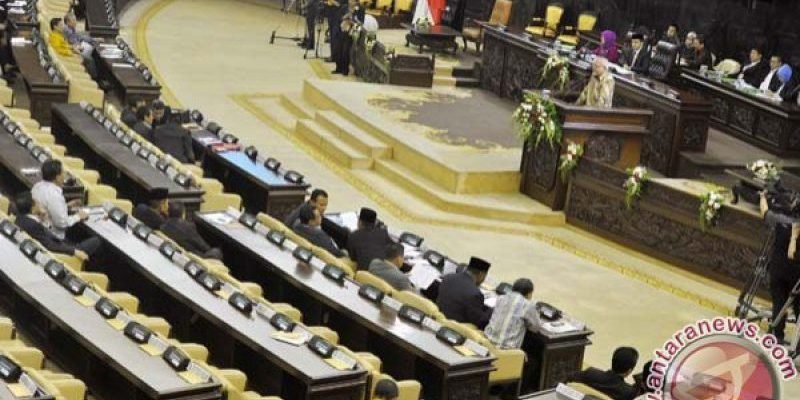 There is a growing anxiety among rights activists regarding the trajectory of Indonesia’s democracy. The current consensus among political and constitutional scholars is that democracy in Indonesia is on the verge of regression, if not already in a state of decline. Democratic regression is always a slow-moving process, in which political and social actors gradually retreat from democratic principles. During this process, the political system dwells somewhere between full democracy and illiberal democracy(link is external).

There is now a high likelihood of plans going ahead for a fifth amendment to the Constitution, and perhaps even a return to the pre-amendment 1945 Constitution, or at least a substantial part of it. This would be similar to the situation that occurred in 1959, when Soekarno reinstated the 1945 Constitution and put an end to Indonesia’s brief period of constitutional democracy in the 1950s.

Before the four amendments in in 1999-2002, Indonesia’s 1945 Constitution system deferred to the supremacy of the People’s Consultative Assembly (MPR). This system was rooted in legal scholar Professor Soepomo’s idea of the “integralistic state” (negara integralistik), based on the premise of unity between the ruler and the people (manunggaling kawula-gusti), in which there is no contradiction between the interest of the ruler and the people.

The MPR was therefore regarded as an embodiment of the people’s sovereignty (as noted in Article 1 of the pre-amendment 1945 Constitution), with the will of the people expressed through State Policy Guidelines (GBHN), which state institutions were mandated to implement.

With the MPR installed as the supreme political institution, other elements of government were subordinated to the MPR’s will. Consequently, the MPR system did not recognise any separation of powers or judicial review, cornerstones of constitutional democracy. Finally, the office of president was brought under the mandate of the MPR, thus the president was elected by and beholden to the MPR.

The integralistic state required a consensus in MPR decision making, as opposed to voting, which was considered a feature of liberal democracy that they were strongly against. In practice, this consensus was gained through control of appointed functional groups, military and regional representatives, which were part of the MPR. It created a rubber stamp parliament that did not check the power of the president, not least because the  president effectively controlled membership of the MPR.

The MPR is currently composed of members of the national legislature – the House of Representatives (DPR) – and the Regional Representatives Council (DPD). The latter is currently a largely powerless ‘senate’ representing regional interests with no capacity to review decisions of the DPR.

Political trends show that proposals for a fifth amendment have strong support from members of both houses. Of the nine political parties that have seats in the DPR, only two parties(link is external) — the Democratic Party and the Golkar Party — are still hesitant to support the amendment. With this political composition, the proposal to the MPR for constitutional amendment might well pass easily. Together, the political parties that fully support an amendment hold 378 seats in the MPR, which is well above the required one-third threshold (237 seats) for a constitutional amendment proposal, and only 93 seats short of the two-thirds (473 seats) threshold required to pass the proposal.

Since 2014, Megawati as leader of the Indonesian Democratic Party of Struggle (PDI-P), has repeatedly emphasised the need for the MPR to produce the GBHN. Additionally, a return to the MPR system has been advocated by members of Indonesia’s old ruling elite, notably by retired generals present in both Jokowi and Prabowo’s camps, which now are allied. For example, Hendropriyono, one of the retired generals in Jokowi’s camp, recently visited the head of the DPR, and advocated returning power to the MPR,(link is external) including the power to elect the president.

On the DPD side, there have been calls for a fifth amendment since the effective operation of the DPD in 2004. Unlike the majority of representatives in the DPR, however, DPD representatives are in favour of amendment to create strong bicameralism, in which the DPD has equal power to produce legislation, as well as a supervisory role, rather than a return to the MPR system. The current system only allows the DPD to exercise its power via the DPR.

However, there has recently been an indication of strong pragmatism in support of a fifth amendment. For instance, Jimly Ashhidiqie, an elected representative of the DPD, has signalled his support to empower the MPR via the GBHN, rather than pushing for strong bicameralism in a bid to acquire greater power for the DPD.

It is yet uncertain whether an amendment would go so far as to return to the old system, or be applied in a “limited” way, as proposed by PDI-P — which may pose less of a threat to constitutional democracy, but would still be problematic for the presidential system. Some reports(link is external) suggest that the “limited” amendment rhetoric is only a strategy to pursue a hidden agenda to restore the old system.

A return to old ways has been openly backed by Try Sutrisno, a former vice president under Soeharto and member of a Pancasila state ideology unit under Jokowi (Badan Pembina Ideologi Pancasila), Fadli Zon of Gerindra, and Hendropriyono of the Indonesian Justice and Unity Party (PKPI). It was also promoted in a recent editorial in Media Indonesia,(link is external) a news outlet owned by Surya Paloh of the Nasdem Party.

Last week, Jokowi said that he does not support for the return of GBHN nor a return to the old system. He said he was committed to the system that brought him to the presidency and that the current planning system, based on Law No. 25 of 2004 on the National Development Planning System, was adequate. While his political position is important, it is not likely to reverse political parties’ positions. Since the president’s power is limited, political party leaders may end up having more say.

Against this backdrop, the future trajectory of Indonesian democracy is bleak. If there is a fifth amendment, as is now a high possibility, there will no longer be any doubt about democratic regression in Indonesia. If it does occur, the MPR system could be returned, and elements of constitutional democracy — such as a separation of powers, judicial review, and direct presidential elections — will be very much in danger.

If a fifth amendment were introduced, there would be no way to ensure that public or progressive elements within the legislature could control it within a ‘limited’ scope, as proposed by PDI-P. It is likely that powerful elites will use the change to undermine constitutional democracy, if not drive a complete return to the old system.

Realising this danger, a strong counter-movement to reject a fifth amendment, and especially a return to the MPR system, needs to be consolidated. Pro-democracy elements, such as the free press, civil society organisations, and individuals in support of democracy, need to raise their concerns in rejecting the proposal.

A failure to do so will only smooth the way for a return of the authoritarian constitutional tradition, which could potentially lead to another authoritarian regime in Indonesia.