Running to keep in place: State and COVID-19 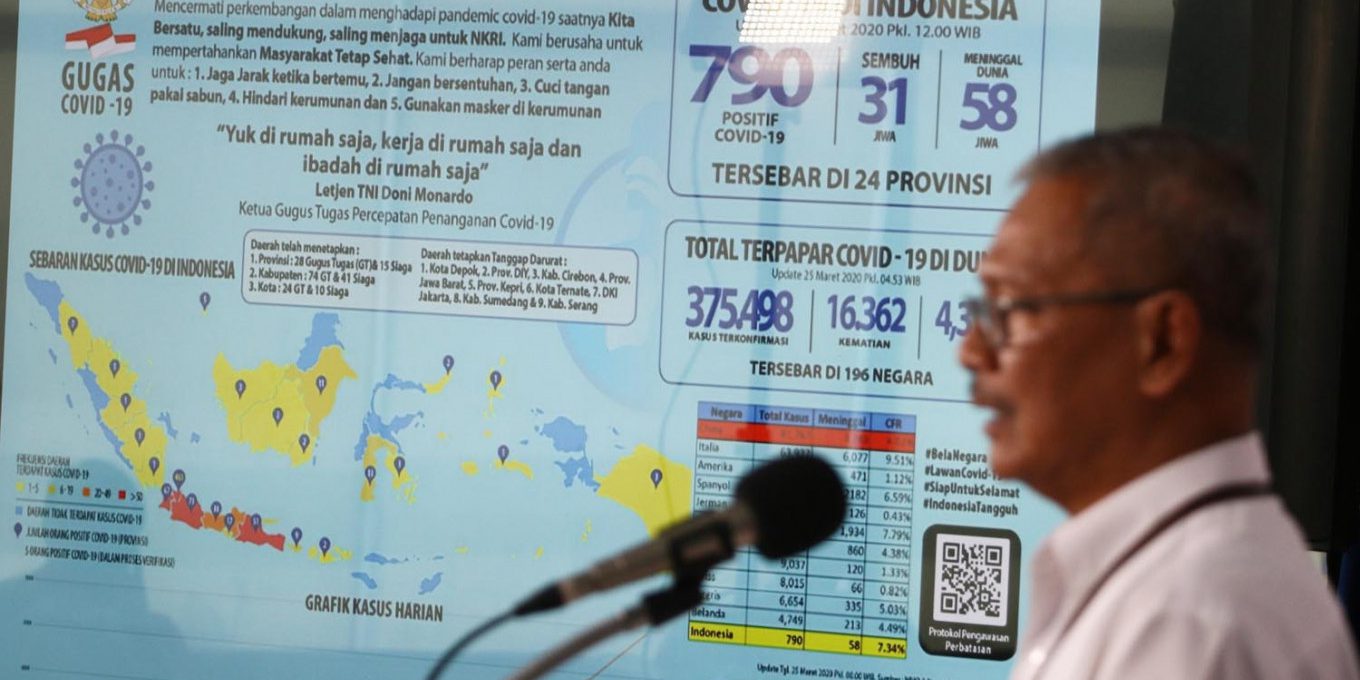 Ravio Patra is a researcher who was accused by the police of circulating WhatsApp messages to incite a riot on April 30, which he denies while claiming his Whats-App account had been “hijacked’’. Later, he was released after being apprehended for 33 hours with no charges against him.

Students in Malang, East Java, were also arrested on charges of vandalism while attendants of a meeting on food aid distribution in Yogyakarta were harshly dispersed by the police. These cases are alarming in the time of a pandemic.

The historian Yuval Noah Harari in The Financial Times on March 20 wrote an article called “The world after the virus”, on how policies such as bio-tracking suspected virus carriers will affect citizens when the pandemic passes.

Harari’s message resonates with Darren Acemoglu and James A. Robinson’s book The Narrow Corridor. They wrote about the importance of society’s power and capabilities to balance state capacity in order not to fall out of the corridor.

The corridor is defined as two parallel lines representing the despotic state and the absent one. The wider the corridor, the better for citizens because it gives them room to navigate and challenge all the negative norms in society with the support of the state. An absent Leviathan is referred to as a non-functioning state, unable to provide the basic service and needs to its citizens. A despotic Leviathan, meanwhile, is a too powerful authoritarian state.

Recent measures by law enforcement agencies and regulations in Indonesia bring to mind the provoking issues raised separately by the above writers. In particular, they lend insight into the dynamics of regulation-making and law enforcement, along with the society they interact with.

On the onset of COVID-19 in February, Health Minister Terawan Agus Putranto said a study from a Harvard questioning zero numbers of COVID-19 cases in Indonesia was “insulting”. The government also had a Rp 72 billion (US$4.87 million) plan to hire influencers to promote the travel industry.

Things fell apart in March. The government issued regulations to prevent the spread of the novel coronavirus. Article 6 of Government Regulation No. 21/2020 on large-scale social restrictions (PSBB) states that all provinces, regencies and municipalities need approval from the Health Ministry before issuing a local PSBB.

Local governments should provide data showing evidence of local transmission and a rapid spike in positive cases with their requests. Initially four provinces and 22 regencies applied PSBB measures, according to the national COVID-19 taskforce, out of 514 provinces, regions and municipalities in the country.

Meanwhile, public officials have been sending confusing signals between easing and tightening the PSBB.

While layers of bureaucracy are the path chosen by the central government before implementing large-scale social restrictions, it is slightly a different case with the police. In their March 19 directive, the police announced they will take aggressive security measures against those gathering at any kind of event during the pandemic.

On April 4, National Police chief Gen. Idham Azis circulated an internal message, reports said, ordering the start of cyberpatrols to “monitor the development of the situation and opinion in cyberspace” during the pandemic. It also stated that those who spread false information relating to government policies in handling the pandemic would be subject to the Criminal Code.

Indonesia’s civil society responded strongly. On March 17, a large coalition of civils society organizations (CSO), including the Indonesia Center for Law and Policy Studies (PSHK), where I work, urged President Joko “Jokowi” Widodo to dismiss Health Minister Terawan for his “absence of sensitive, responsive and effective leadership” in handing the pandemic.

A coalition of CSOs had earlier emerged to demand a clear explanation on Ravio’s case to prevent similar occurrences.

Harari warns us that measures taken by authorities in a pandemic could last long after the crisis is over. Approaches intended as temporary are meant to stay. An empowered society should be able to resist such measures.

Acemoglu and Robinson referred to the Red Queen character in Lewis Carrol’s children’s’ classic Through The Looking Glass. The Red Queen challenges the protagonist Alice for a race.

In The Narrow Corridor, the state and society are racing against each other to maintain the balance between them. If society is organized enough, they will be able to keep up with the state’s growing power and the state would not turn into a despotic leviathan.

But the state should also be strong enough to resolve conflicts and provide basic rights to avoid becoming the then – absent leviathan.

The state, or the Indonesian leviathan, seems to have two faces of the pandemic policy. The first shows the inconsistency of responses and bureaucratic procedures created by public officials. The second reveals excessive security measures from law enforcers. Different approaches during the pandemic will confuse society. It will create distrust in the government and law enforcers.

CSOs should intensify their role in this situation. They must be mobilized, agile and flexible enough keep their wheels running and to push the state to set a clear, swift and consistent policy in terms of handling the pandemic by prioritizing public health.

Conversely, CSOs should be able to make law enforcers retreat if they dismiss the rule of law while supposedly upholding it. It is never an easy task to balance the Leviathan — which raises the urgency of a broader coalition of CSOs to prevent Indonesia from becoming a despotic leviathan.

If there is no organized society to balance the state, all it takes is just one turn to turn a democratic state into a despotic one that does not really care for its own citizens.

Explainer: Jokowi’s omnibus bills, and why critics want to put on the brakes
17 Juni 2020